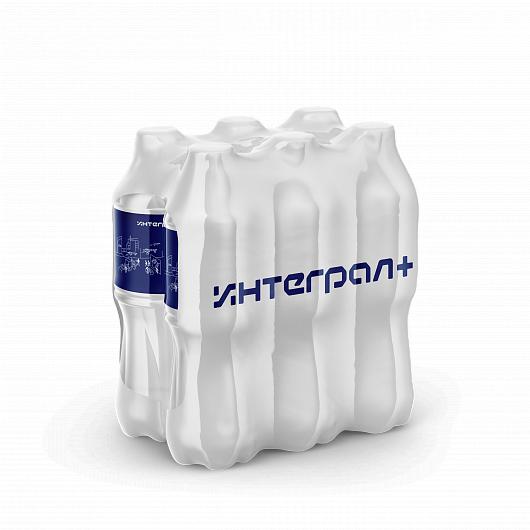 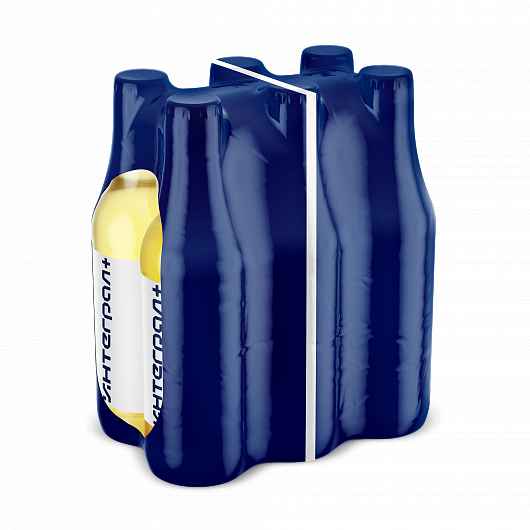 The machine can be manufactured in three versions:

The performance of the complex in the classic version is 6-8 packages per minute. The process of packing groups of bottles goes with stops: when gluing trays and packaging groups in film. This is the least high-speed version of the Verpak tray, powered by electric drives.

In the classic version, glue tanks for gluing trays are made of own production.

More productive and versatile option. Intended to work in conditions where it’s needed to pack bottles of different formats. This kind of a version of the complex is quickly reconfigured for a different type of product.
The ease of readjustment is achieved by using the tray bend conveyor. Depending on the container and the number of bottles in the group, it can be easily adjusted to different package sizes.
Multipack productivity is higher than the classic version — up to 15 packages per minute. This is a servo-driven machine.

The machine runs non-stop in continuous operation, and productivity increases to 50 packages per minute. This speed is achieved by replacing the glue tanks that glue cardboard trays, and changing the principle of packaging groups of products in the film:
● we install Nordson's high-speed adhesive stations instead of own production glue tanks,
● instead of the welding module, a wrapping mechanism is used, in which the film is filled under a group of products and welded already in the thermo tunnel under the influence of hot air. The complex is also quickly reconfigured for a different type of product.

Then the group of bottles are moving on the module combination with the help of a planar contour. At the same time, conveyors from the carton store are delivered in expanded formed trays.
Bottles and trays are connected in motion in the alignment module, and adhesive tanks (in continuous execution — Nordson glue stations) inject glue onto the lapels of the trays. The conveyor transfers the group to the tray bending device (in continuous execution - to the bend conveyor, where it does not require a stop to form the tray).

A receiving table or a diverting conveyor can be installed at the outlet of the complex at the request of the customer.
This is a pneumatic complex that requires a compressor to operate.


Then, with the help of a planar contour, the groups of bottles go over to the alignment module. At the same time, conveyors from the store of cartons arrive in expanded form trays.


After bending, the finished group goes to the welding module, where the packaging and trimming of the film takes place. (In the continuous version, the welding module is not used, and the film is tucked under a group and welded in a heat tunnel). Then the group enters the dual-zone thermal tunnel, where the film shrinks under the influence of hot air. At the exit from the heat tunnel, the blower fan cools the hot film after shrinkage.


At the request of the customer, at the exit from the complex, a receiving table or an outlet conveyor can be installed.